Within the foothills of Midnight Falls, the leaves turn brown and the veil between the living and the dead is at its thinnest. The Witch of the Woods has cast her spell to summon the spirits of the underworld to cross over and assimilate into form. The Hayride leads to a thrilling adventure of horrors afflicting the town. Dazed within the spell cast upon them, the Witch commands her army of crops and flesh to seek revenge on the people that have casted her out. The Spirit of Halloween comes to life surrounding helpless victims brave enough to board The Hayride.

Haunted Hayride is complying with all local LA COVID protocols, and encourages guests to be fully vaccinated for COVID-19 and/or obtain a negative COVID-19 test result prior to visiting. While masks are not mandated at outdoor events in Los Angeles, we strongly encourage guests to wear a face covering during their visit when social distancing is not possible. We’ve taken precautions throughout the event to maintain cleanliness and sanitization standards.

You can also submit a request for a Private Wagon.

Is the Hayride accessible?

Yes, the hayride is an accessible attraction.

Do note, the event is hosted in a park that has hills, dirt, and grass. Please plan accordingly.

Parking is available in the 3 lots nearby, Merry Go Round Lots 1, 2 and 3.

All Fridays, Saturdays, and Halloween:
Shuttle parking will be available at the LA Zoo in the North West corner of their parking lot, shuttles will drop you off at the entrance trail by Spokes ‘N Stuff. The last shuttle will leave for the Zoo lot 30 minutes prior to closing, please don’t miss your shuttle back. 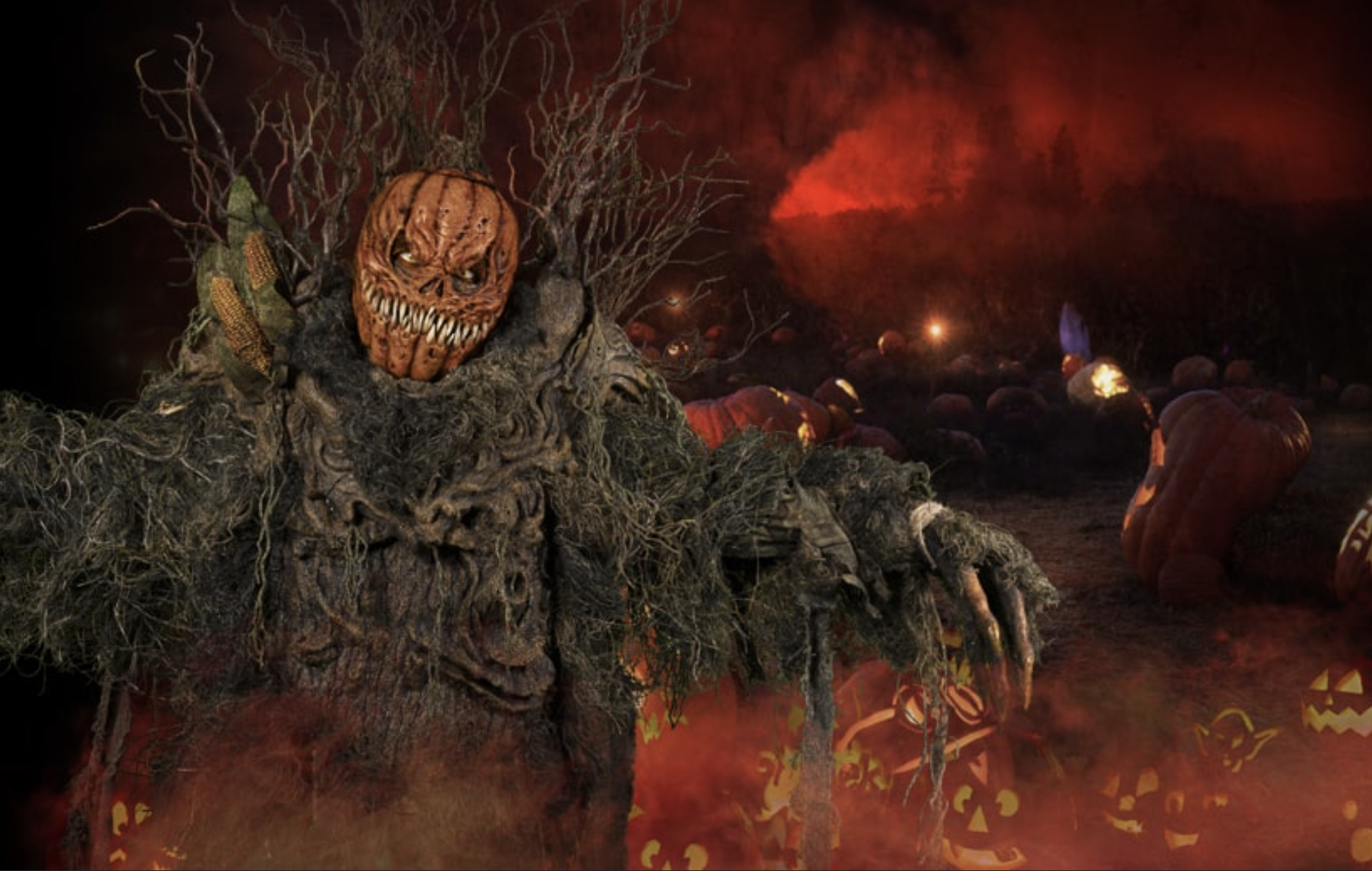 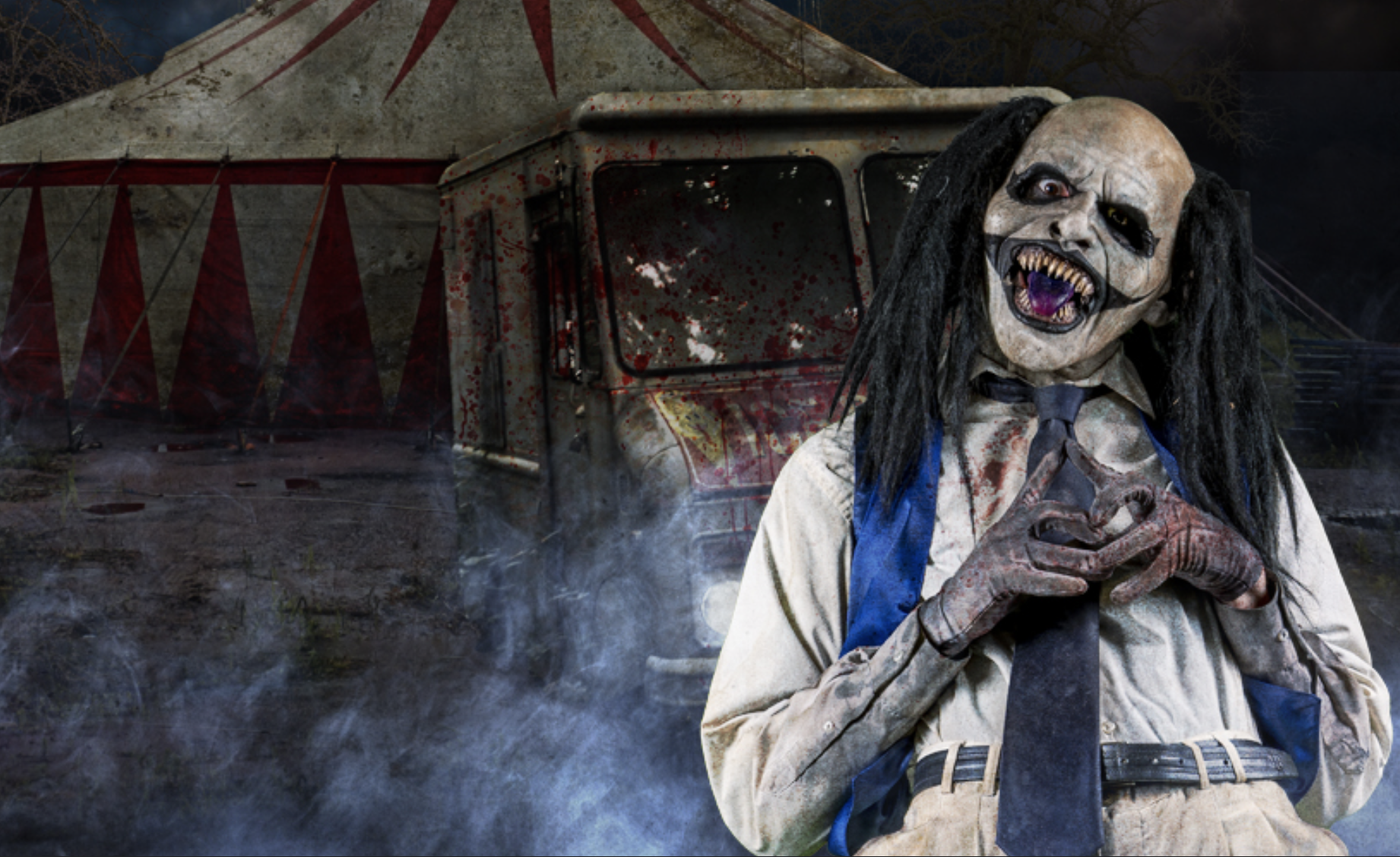 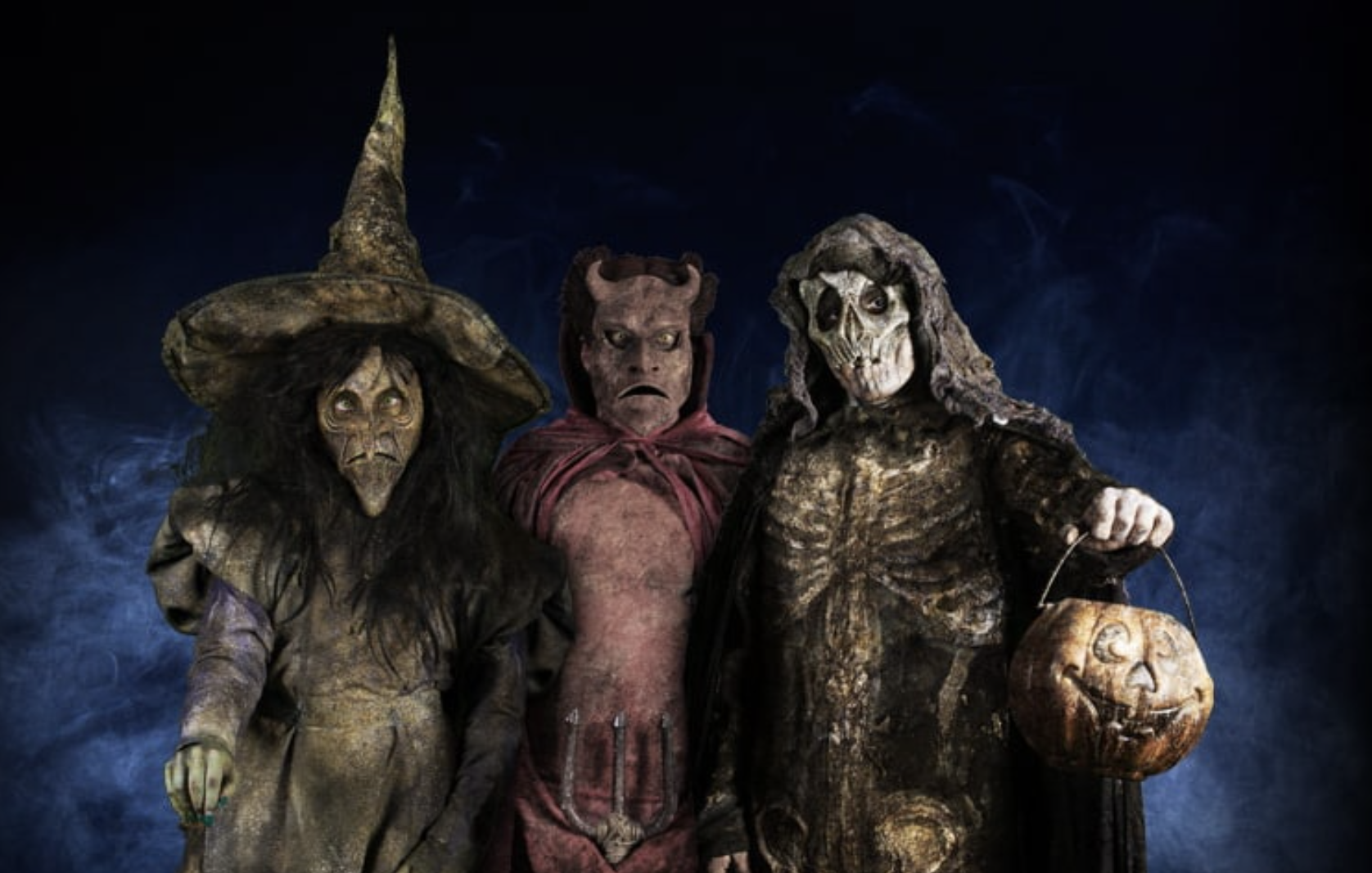 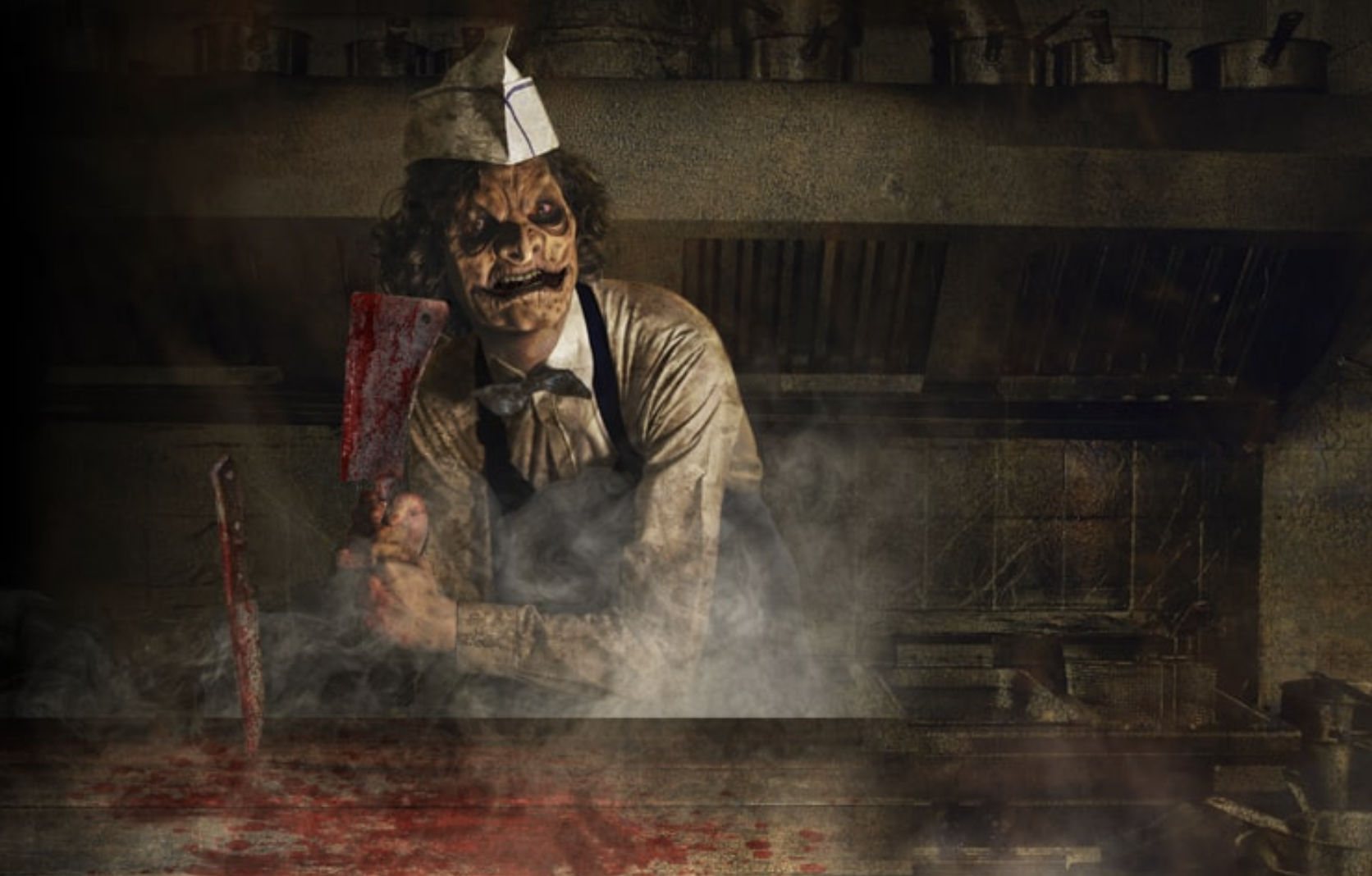 The hayride is just the beginning…

The Town Square of Midnight Falls is the epicenter of the festivities. While guests walk around between attractions or hang out to soak in the atmosFEAR various townsfolk from the Midnight Falls community roam the space interacting with guests and attending to their local business.

The neighborhood of Midnight Falls has sprung to life with the magic of Halloween. “It’s a different kind of Halloween” remark the citizens of Midnight Falls. The mayor has announced, “Monte’s Midnight Show is weird, it’s kooky, it’s…REVOLTING!” Yet, outsiders continue to pour in to witness what yours ghouly has brewed up.

Dying to drum up more business the local Mortuary is hosting an open house where guests can tour the property to see what offerings await their demise. Guests separated from their tour risk becoming the next customer of the sinister funeral home.

An old 70’s rest stop at the edge of town untouched by time has been used as a weary traveler tourist trap, literally. A series of establishments all work to trap and abduct patrons to be used as human meat in the local diner. Driven by the thirst for blood, the maniacal townsfolk have become more brazen and aggressive towards the travelers in this high intensity cat and mouse style attraction.

Get ready for the ultimate theatrical macabre experience from beyond the grave. It’s Monte Revolta, the undead irreverent lounge singer who is bringing the dead back to rock! Backed by his, Band of The Living Dead, this ghoulish show is sure to have you rocking to your death and rotting in the aisles. This is a night you’ll never forget…and possibly never survive!

Join the late Monte Revolta and his undead assistants, Ms. Muerte & Rotly as they exhume an ultra-shocking setting of Horror, Comedy & Revoltingness. Backed by his undead pianist, this evening will be packed with creepy covers, comedy gags and audience victimization. Get up close and ghoulishly personal with everyone’s favorite dearly-departed singing lounge legend himself. But don’t get too close…he bites! 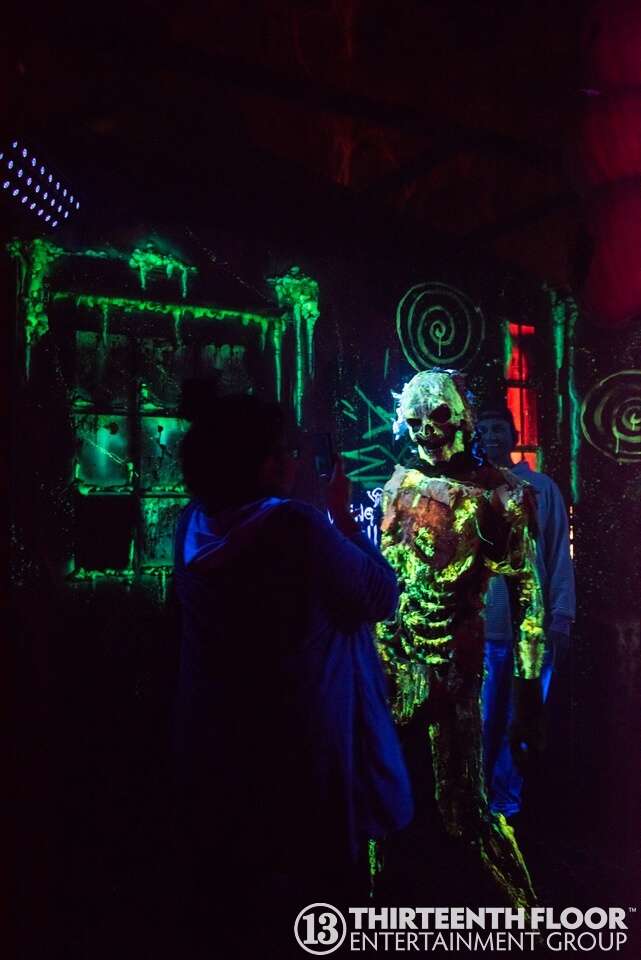 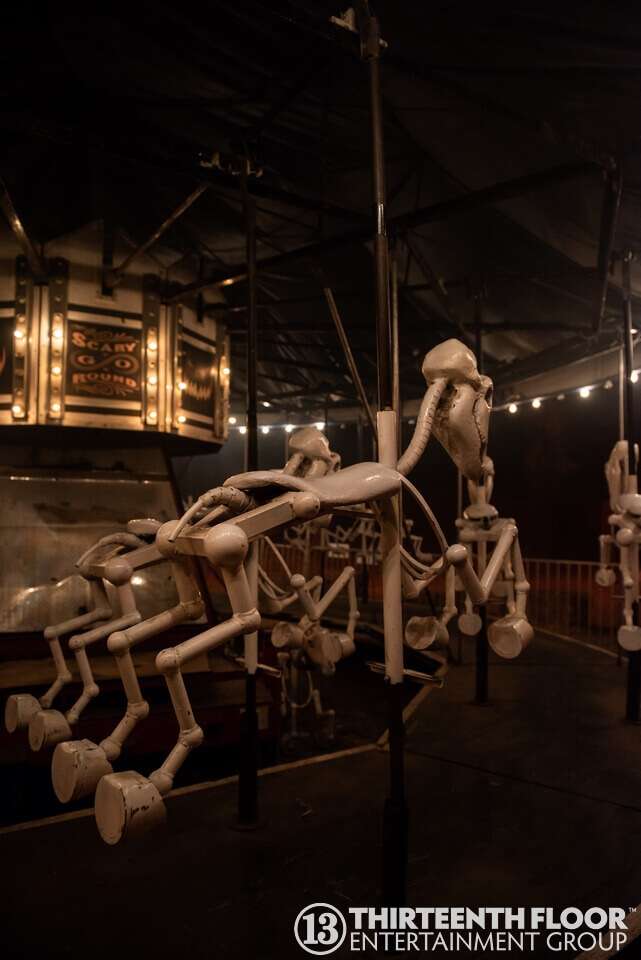 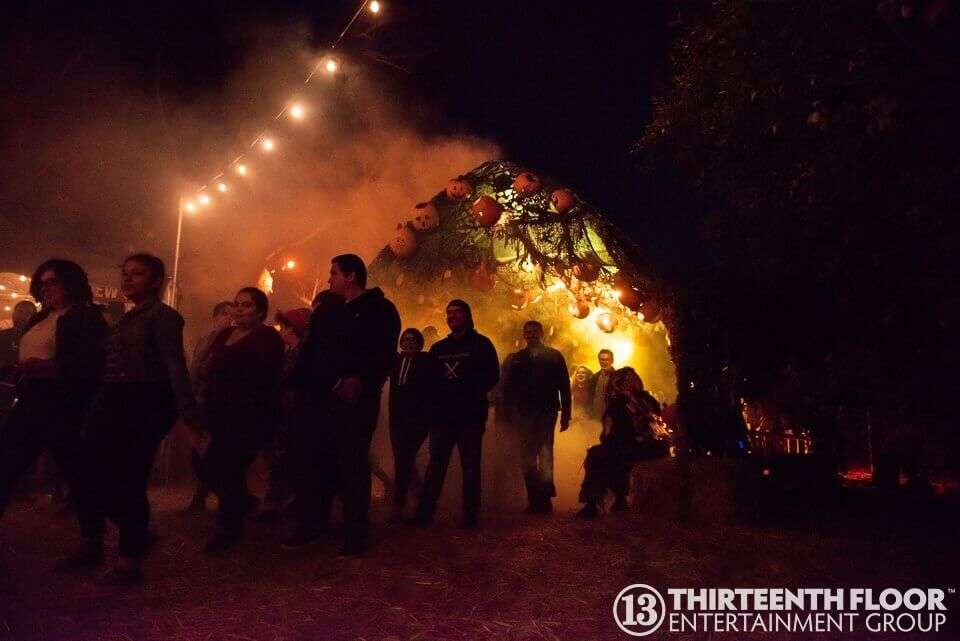 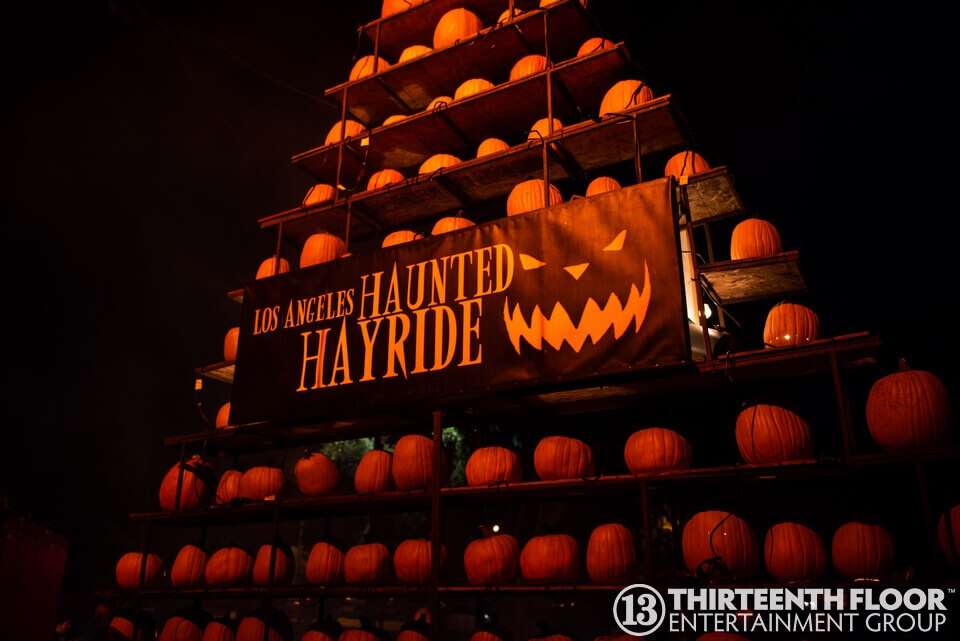 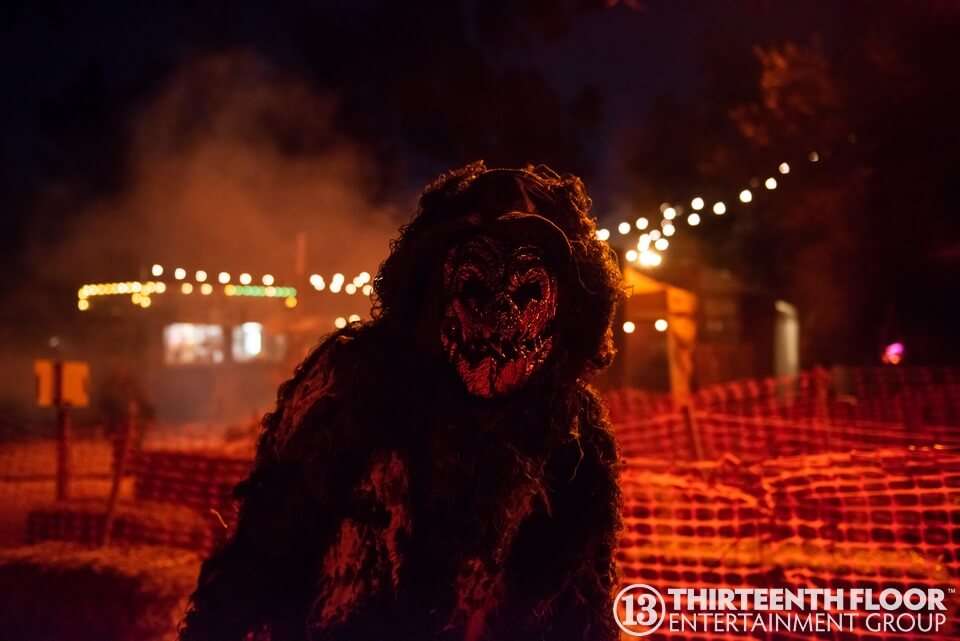 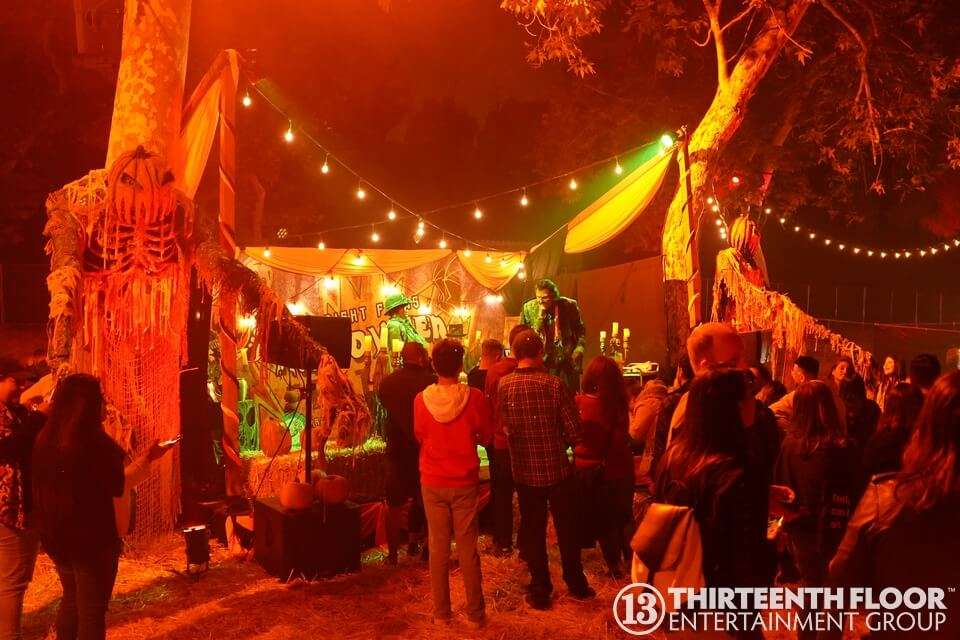 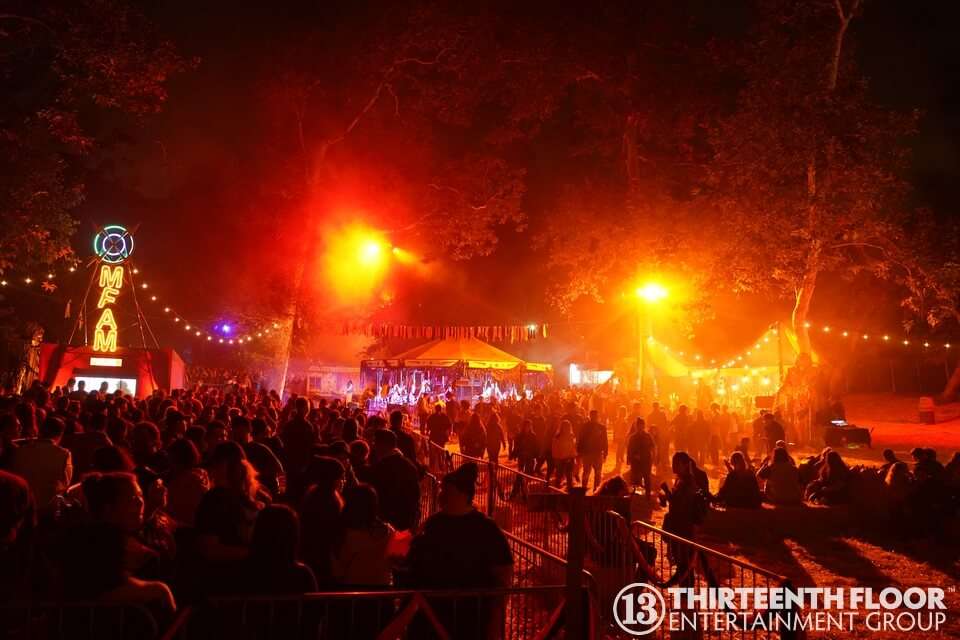 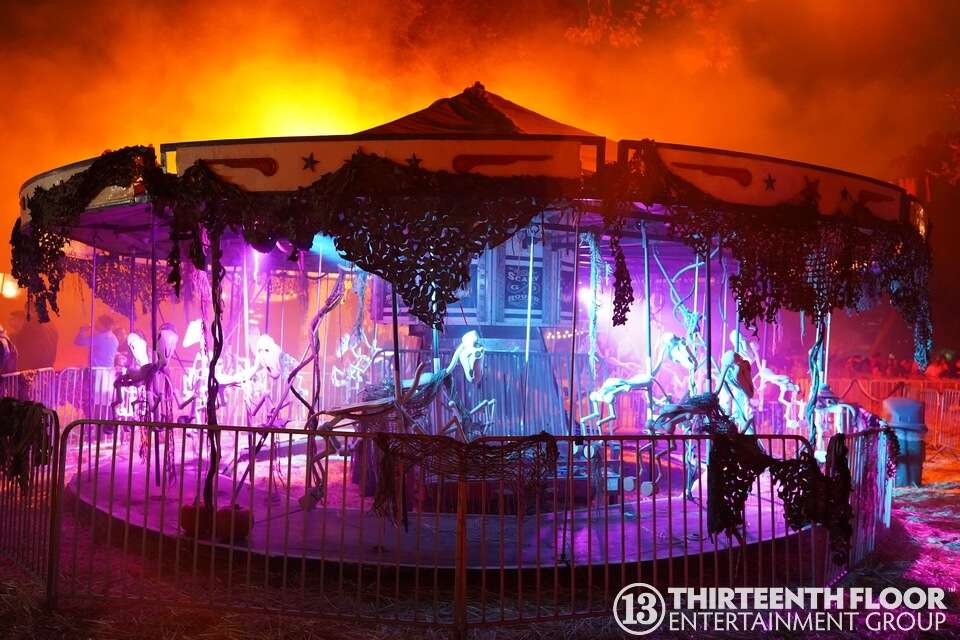 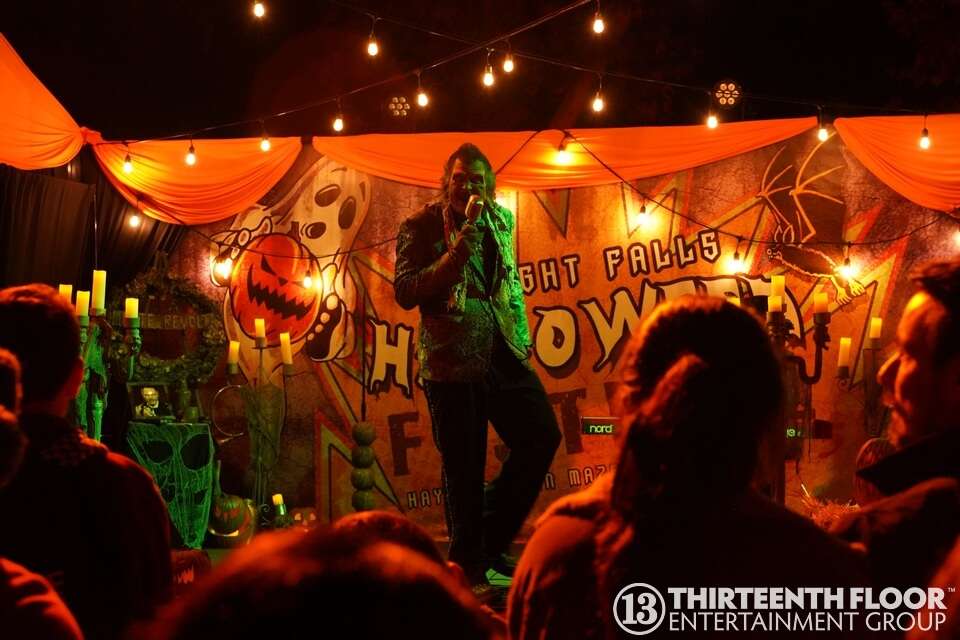 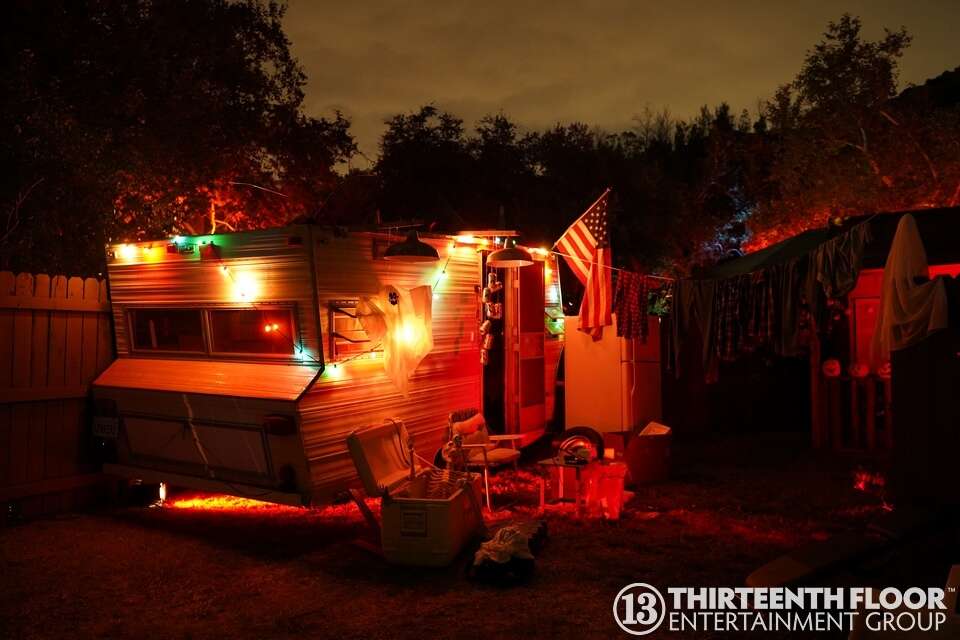 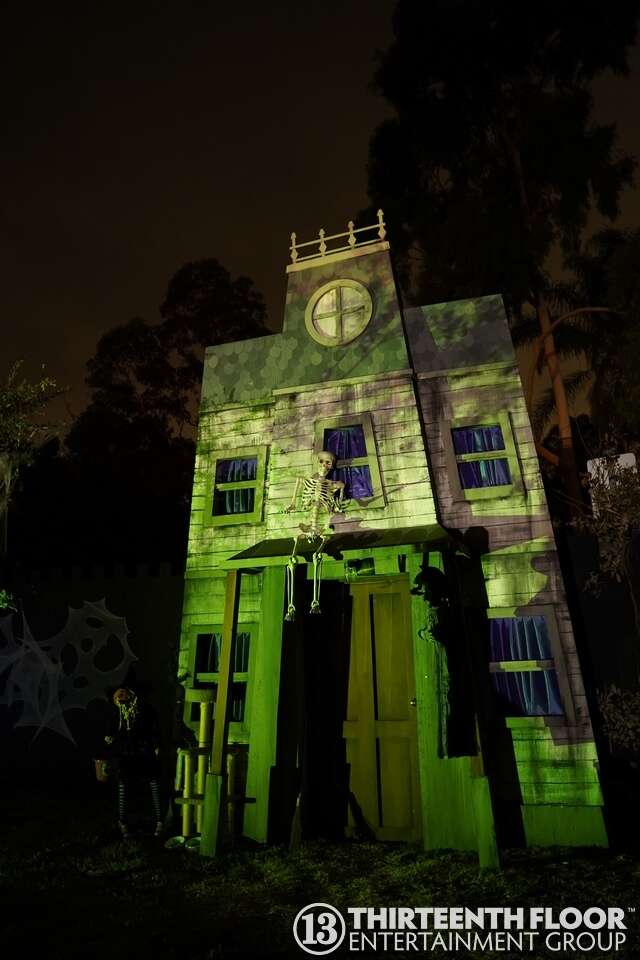 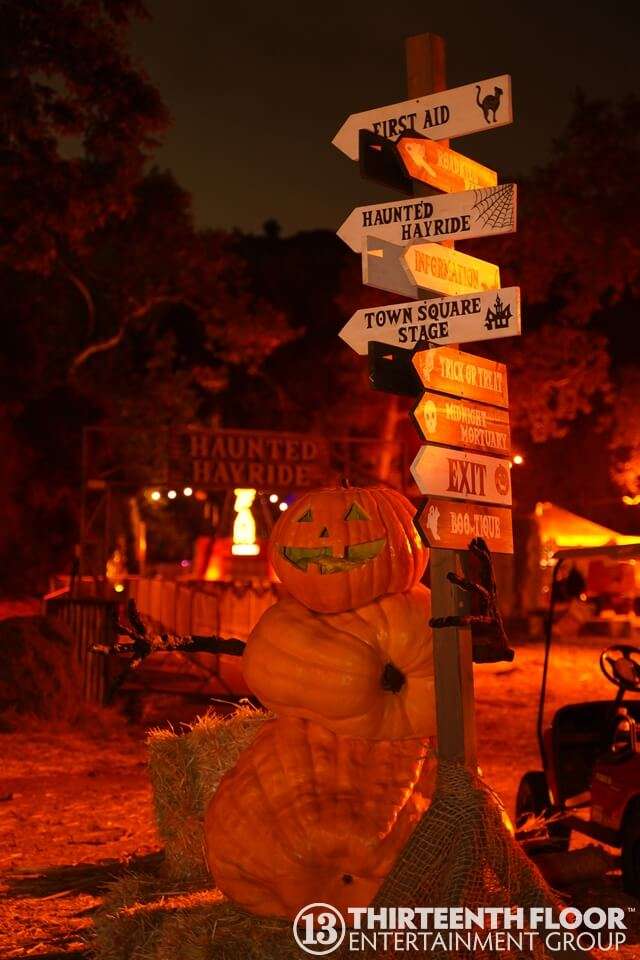 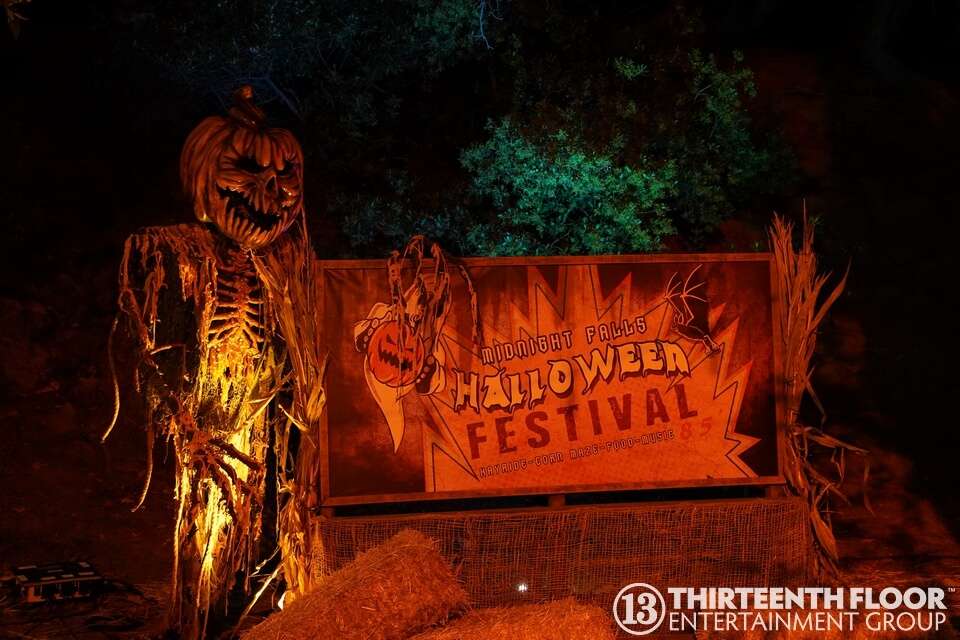 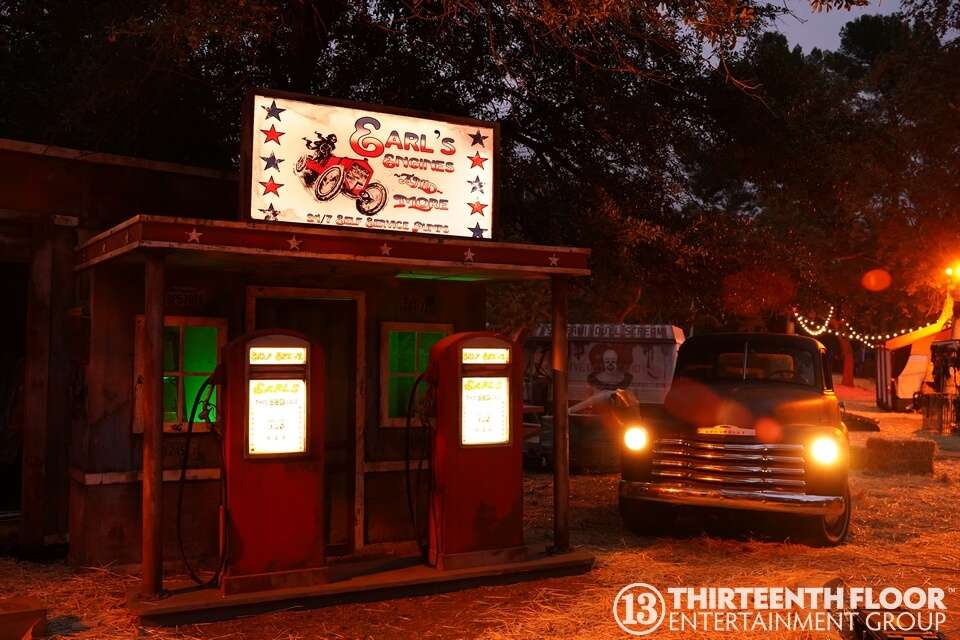 Summary of “Your Overall Rating” reviews from visitors like you

A fun and unique experience for Southern California

It’s good fun! There are definitely scarier haunted houses out there, but this one is great for me to drag my wife to since she isn’t into super scary experiences. The main hayride attraction is fun, and the side attractions are scarier. 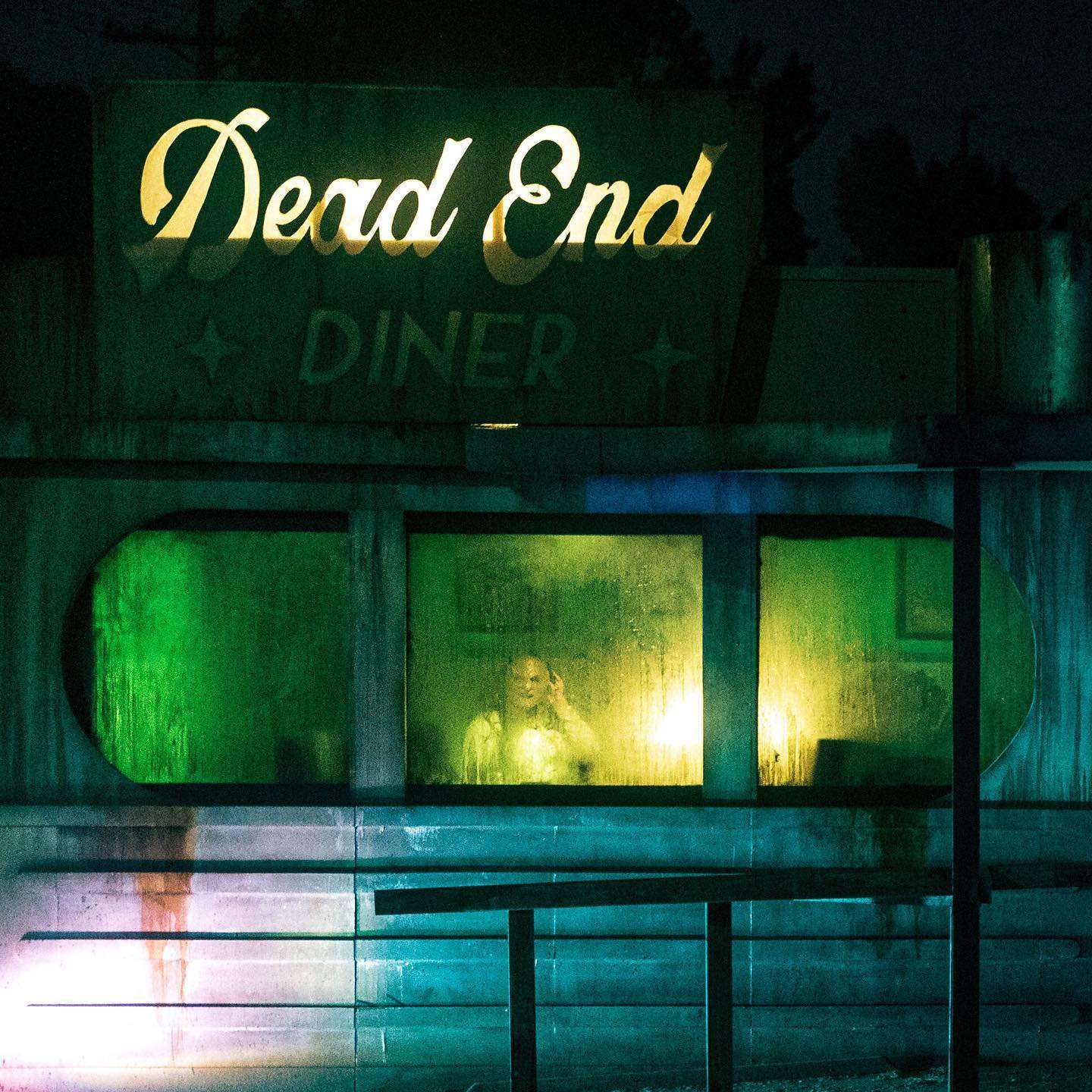